Microlenses and free-form TIR lenses for an LED light engine

Thomas Brockmann and Peter Plesner from Brother, Brother & Sons needed to build their next generation light engine for TV studios that should provide a flicker free tuning in color temperature from 3000 K to 6000 K. We came up with a new lamp design and a new mold fabrication process and built and tested a prototype lamp.

Traditional spot lights for TV studios were at the time typically based on a 2000W incandescent light source. In a TV studio you would need several of these lamps causing a lot of uncomfortable heat to be generated and directed towards the people being filmed. This could be avoided by using white LEDs, as they don’t generate heat radiation. Moreover, with LEDs one can adjust the color temperature by using multicolored LEDs.

Our solution is built on a new lamp geometry. A ring of 210 multicolored LEDs is placed on a printed circuit board with a Ø65mm hole at the center. The light from each LED is collimated using a custom designed, free-form TIR lens, which all together forms a collimated ring of light. The light ring illuminates a parabolic mirror which focusses the light at the Ø65mm opening. Here, a microlens array performs the color mixing and defines the exit gate of the light engine. 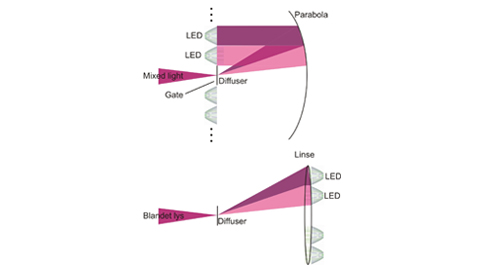 New lamp design employing an array of multicolored LEDs with TIR lenses, a parabolic reflector and a microlens diffuser 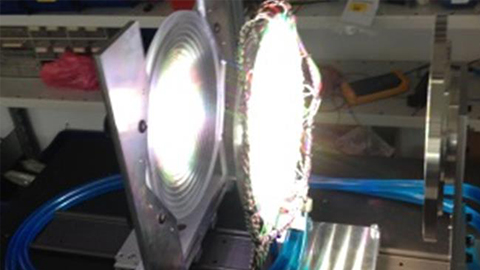 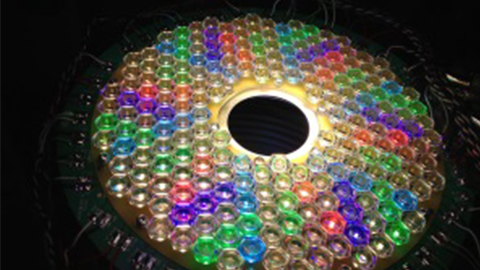 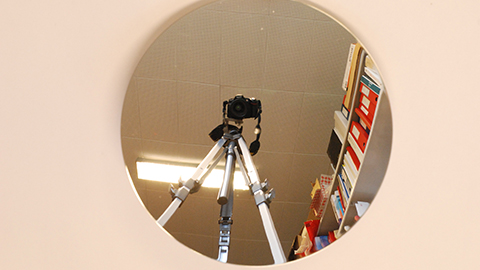 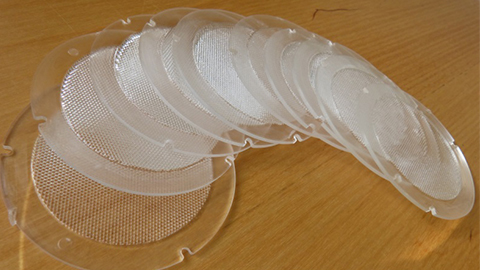